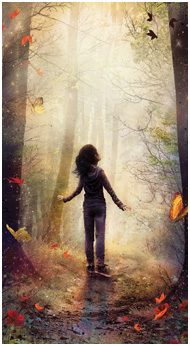 I was born in South Euclid, Ohio, a suburb of Cleveland, and grew up there with my noisy and rowdy family: my parents (Ann and Arvel), my sister (Sandy), and my three brothers (Dennis, Doug, and Tom).

For a fictional view of what it was like growing up in my family, see Absolutely Normal Chaos. (In that book, the brothers even have the same names as my own brothers.) Our house was not only full of us Creeches, but also full of friends and visiting relatives.

In the summer, we usually took a trip, all of us piled in a car and heading out to Wisconsin or Michigan or, once, to Idaho. We must have been a very noisy bunch, and I’m not sure how our parents put up with being cooped up with us in the car for those trips. The five-day trip out to Idaho when I was twelve had a powerful effect on me: what a huge and amazing country! I had no idea then that thirty-some years later, I would recreate that trip in a book called Walk Two Moons. 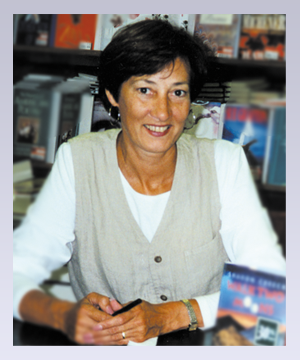 One other place we often visited was Quincy, Kentucky, where my cousins lived (and still live) on a beautiful farm, with hills and trees and swimming hole and barn and hayloft. We were outside running in those hills all day long, and at night we’d gather on the porch where more stories would be told. I loved Quincy so much that it has found its way into many of my books—transformed into Bybanks, Kentucky. Bybanks appears in Walk Two Moons, Chasing Redbird, and Bloomability. Bybanks also makes a brief appearance (by reference, but not by name) in The Wanderer.

When I was young, I wanted to be many things when I grew up: a painter, an ice skater, a singer, a teacher, and a reporter. It soon became apparent that I had little drawing talent, very limited tolerance for falling on ice, and absolutely no ability to stay on key while singing. I also soon learned that I would make a terrible reporter because when I didn’t like the facts, I changed them. It was in college, when I took literature and writing courses, that I became intrigued by story-telling. Later, I was a teacher (high school English and writing) in England and in Switzerland. While teaching great literature, I learned so much about writing: about what makes a story interesting and about techniques of plot and characterization and point of view. I started out writing novels for adults: The Recital and Nickel Malley were both written and published while I was living in England (these books were published in England only and are now out of print). But the next book was Absolutely Normal Chaos, and ever since that book I have written mainly about young people. Walk Two Moons was the first of my books to be published in America. When it received the Newbery Medal, no one was more surprised than I was. I’m still a little bit in shock.

In addition to Walk Two Moons, I wrote Absolutely Normal Chaos, Pleasing the Ghost, Chasing Redbird, Bloomability, The Wanderer, Love That Dog, Granny Torrelli Makes Soup, A Fine, Fine School, Fishing in the Air, Heartbeat, Who’s That Baby?, Replay, The Castle Corona, Hate That Cat, The Unfinished Angel, The Great Unexpected,  and The Boy on the Porch. I hope to be writing stories for a long, long time.

I am married to Lyle Rigg, and we live in Maine. We have two grown children, Rob and Karin, and being with my family is what I enjoy most. The next-best thing is writing stories.

I love hearing from my readers!